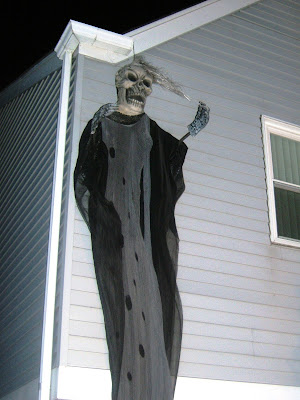 Ever been annoyed by a guy who just won't stop hanging around? Poltergeist Pete puts the "noose" in "nuisance" and is the ultimate pest above the rest. Why? Just get a glimpse at that face, for starters. It's enough to strip the finish off your car's clearcoat. And those claws, boy is he overdue for a manicure. Still, this fearsome fiend is not without his charms. He can dunk better than any center in the game today, and his nail clippings make great sun visors.