Throughout 2016, creepy clown sightings have dominated the news. Now, sinister circus exiles everywhere have descended on Midnight Terror Haunted House in Oak Lawn, which will present a special two-day-only “Clown Takeover” haunt on Friday, November 4, and Saturday, November 5, from 7-11 p.m.

Midnight Terror, which wraps up its third annual Halloween-themed attraction on October 31, has decided to extend its season by hosting these two encore dates. But it isn’t simply reopening its doors and repeating what it offered in October – the haunt will be completely redesigned with all-new characters, costumes, props and themes that play upon our innate fear of clowns.

“This will be an entirely new and unique haunted house totally different from what we offered in October,” says Justin Cerniuk, Midnight Terror creator/co-owner and Oak Lawn native. “We will have over 100 clown characters, each with a one-of-a-kind personality, costume, and backstory. Visitors will be treated to a lot of shocks and surprises as they rediscover Midnight Terror in a whole different way from what they previously experienced.”

Here’s the scary scenario Cerniuk conceived: The unnerving clowns spotted across Chicagoland this year have been kidnapped by Boss Clown and his greasepaint-faced minions and brought back to Midnight Terror Haunted House. There, the unleashed clowns wreak havoc and force everyone they come in contact with to join their evil jester ranks. The brave souls who venture into Clown Takeover territory will encounter a myriad of monstrous mimes, putrid pranksters, fiendish fools, big-red-nosed brutes, and cartoonishly colored cut-ups eager to cut you up, including The Ringleader, Dynamite Dave, the Balloon Buster, The Twins, and Boss Clown himself. Attendees can even choose to have a free quick-change “clown makeover” (while supplies last). For more clues about what to expect and to view a promotional video that introduces the characters, visit MidnightTerror.com; for special discounts and promotions to this event, visit Midnight Terror’s Facebook page at Facebook.com/midnightterrorhauntedhouse.

“Tickets are bound to go quickly because this is such a limited engagement event, so you’ll need to act fast if you want to be among the lucky few to experience our Clown Takeover,” says Cerniuk, who adds that the encore dates provide an extra opportunity to attend Midnight Terror for Cubs fans who didn’t want to miss any playoffs games (the World Series wraps up by November 2).

Highlights of the Clown Takeover edition of Midnight Terror include:
• A 30-minute walk-through (on average) across two indoor haunted houses
• More than 60 rooms to explore
• Over 100 actors
• Over 50 props custom made for Midnight Terror, Hollywood-style CGI effects, a cutting-edge lighting system, and a state-of-the-art sound system
• Free entertainment for guests waiting in line – among them street drummers, stilt walkers and DJs.

Midnight Terror Haunted House is located at 5520 W. 111th St., Oak Lawn, Ill., 60453, just east of the intersection of Central Avenue and 111th Street. Tickets can be purchased online at or at the box office on site: regular admission per person is $25 at the door or $23 online; VIP admission per person, which provides faster entry without having to wait in the general admission line, is $35 at the door or $31 online. The attraction is wheelchair accessible and open, rain or shine (a covered waiting area is provided), from 7-11 p.m. on November 4 and 5 only. Visitors can park for free at the Oak Lawn Metra station parking garage (located at 9525 Tulley Ave.) and take a complimentary round-trip shuttle – with costumed characters aboard to entertain passengers – to the Midnight Terror site. For more information, visit midnightterror.com or email midnightterror.info@gmail.com.

For the second year in a row, Spirits on Sproat: The Gallery of the Dead has received a Golden Chainsaw Hall of Fame rating from The Horror Tourers, a group of well-traveled fans who critique home haunts and commercial Halloween attractions. We are honored to be awarded this rare and prestigious designation.

It's not too late to see the display for yourself – we're open every night now through Halloween. Thanks to The Horror Tourers for their kind commentary, which you can view below. 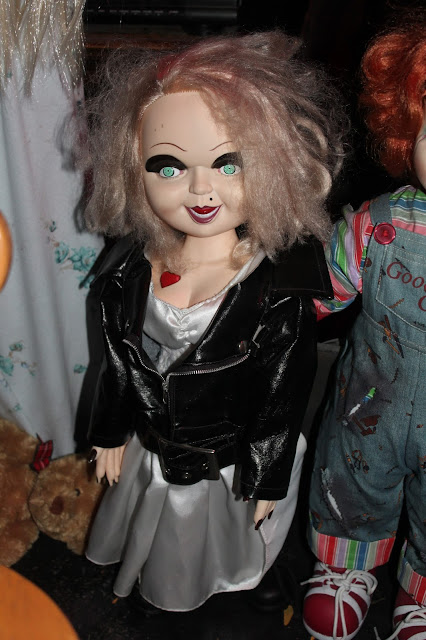 Good things come in small packages, it's been said. But bad girls come in ultra-petite sizes sometimes, as is the case with the Bride of Chucky, who looks like she could fit into a diaper as easily as she could a sexy halter top. Here's what we know about her:
• Also known as: Tiffany, dollface, devil in a toddler’s dress
• Dirty little secret: She married Chucky for his money and plans to strangle him as soon as she lands a morning TV talk show deal
• Pet peeve: When Chucky forgets to put the potty chair seat down
• Favorite book: “Little Women”

Boris Karloff may be considered the most famous horror actor in Hollywood history, but many would argue that the crown really goes to Vincent Price, who made his bones playing creepy characters and countless fright films. Here's what we know about Mr. Price:
• Favorite TV show: “The Price is Right”
• Weapon of choice: His sharply trimmed mustache
• Often seen at: The House of Wax, The House of Usher, The House on Haunted Hill, The House of Boos
• Secret shame: Broke his pelvis while trying to moonwalk during his rap in Michael Jackson’s “Thriller” 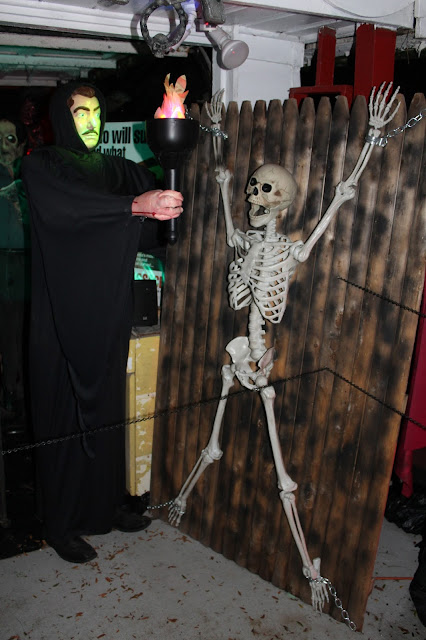 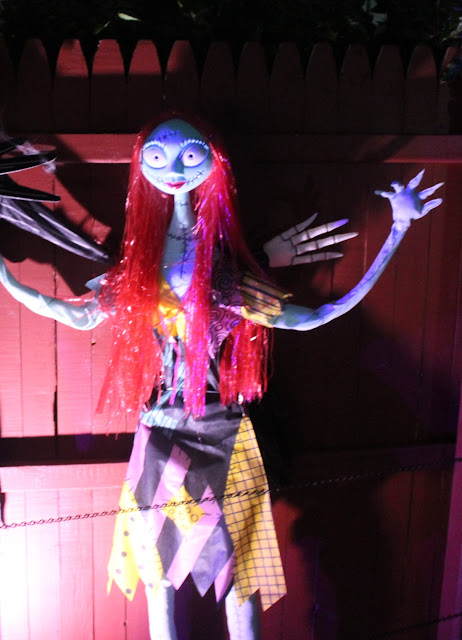 It's not easy being a mad scientist's plaything or the patchwork girlfriend to a bald-headed albino with multiple personality disorder. But Sally sallies forth and rises above the fray (and the frayed fabric, too) as the queen of Halloweentown. Here are 4 fun facts about Sally:
• Favorite song: “Rag Doll” by Aerosmith
• Secret talent: She keeps Jack Skellington in stitches
• Weapons of choice: Deadly nightshade, a needle and thread, sexy detachable gams
• Personal heroes: Raggedy Ann, Lucille Ball, the Bride of Frankenstein 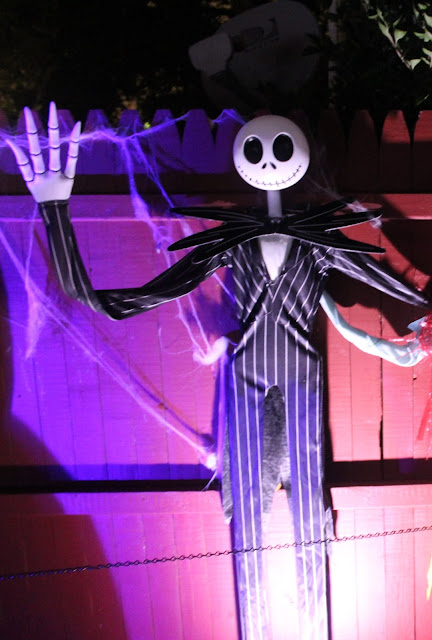 He may be tall and wiry, but Jack Skellington is fat in the head with fun plans for Halloweentown. He likes to sing, dance, play Santa Claus, and spend time with Sally, among other pastimes. Jack is also known for the following:
• Aliases: The King of Halloween, Bone Daddy, baseball head
• Suffers from: Anorexia, multiple personality disorder, lazy Hollywood agents who can’t get him a movie sequel
• Little-known fact: Once sued Billy Corgan for copying his look
• Least-favorite holiday town:  Canadian Boxing Day Town 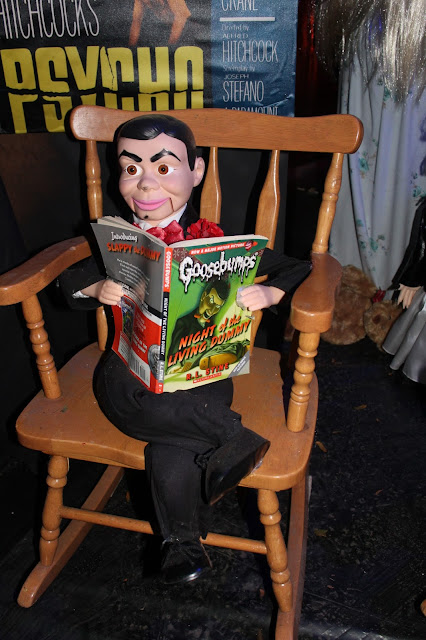 Even a dummy knows that the most feared character in the Goosebumps series is Slappy, the pint-sized villain with a Napoleon complex who wants to make the world grovel at his feet – which is a pretty low place to be. Fascinating facts about Slappy include:
• Favorite book: “World Domination for Dummies”
• Personal heroes: Charlie McCarthy, Howdy Doody, George W. Bush
• Phobias: Termites, fireplaces, monocles, bony knees
• Little-known fact: Has scared millions of children but is afraid to ask Annabelle for a date 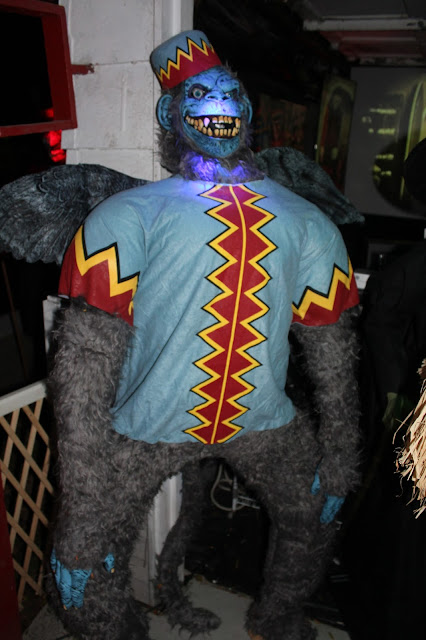 They say humans descended from the apes. If that's true, where's our wings? That's a question you may want to ask the Flying Monkey, who's always ready to do the evil bidding of the Wicked Witch of the West. Want to learn more?
• Known for: Capturing Dorothy, guarding the witch’s castle, making it rain ape dookie on stupid humans below
• Hates: Organ grinders, Jane Goodall, “Shock the Monkey,” “Bedtime for Bonzo”
• Favorite food: Liquefied witch 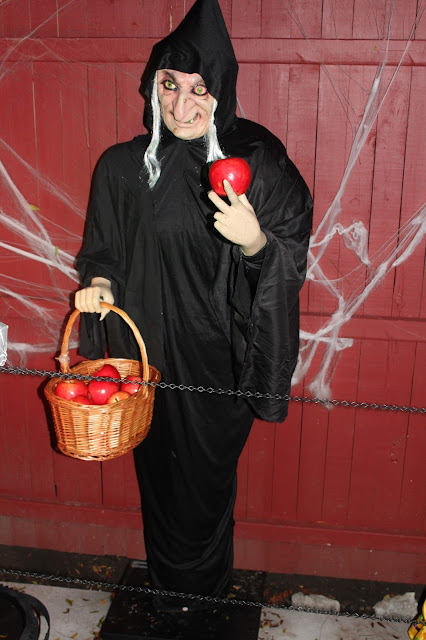 They say an apple a day keeps the doctor away. But after eating an apple from the Witch from Snow White, you won't need a doctor – you'll need an undertaker. She bears a basket of bad luck and a mirror full of malevolence. Steer clear and be mindful of these facts:
• Nickname: Miss October
• Weapon of choice: Toadstools, eye of Newt Gingrich
• Dirty little secret: Prefers battery-operated broomsticks
• Favorite performer: Stevie Nicks 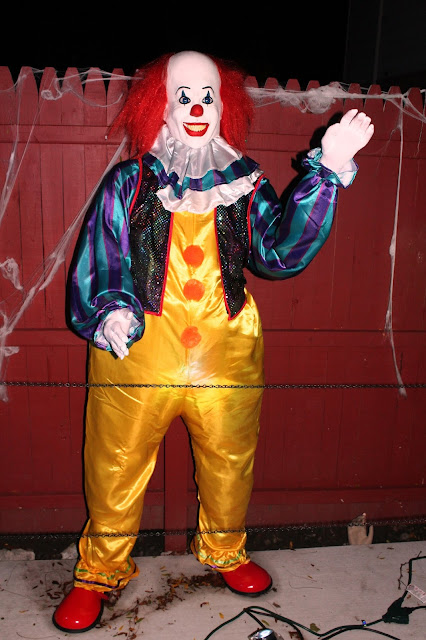 Spook spotlight: Meet the Wicked Witch of the West 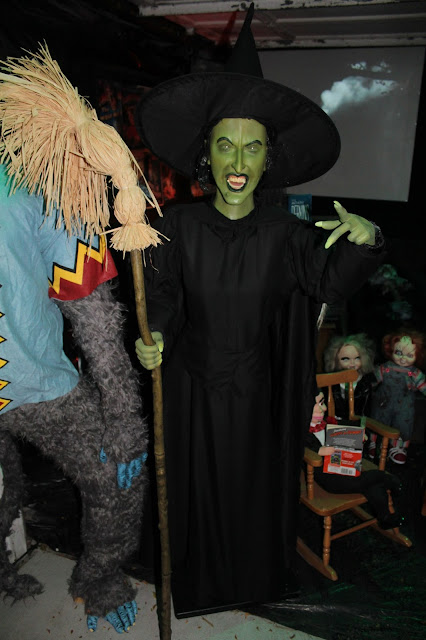 She's the green-skinned goddess who's made us melt since young childhood – the black-clad broomstick-riding badass who has minions of flying monkeys and Winkies at her command. She's the Wicked Witch of the West, and she won't stop until she gets those ruby slippers. Consider these facts:
• Bet you didn’t know: She likes to dunk her Munchkins in coffee
• High-tech pastime: Skyping in the sky using cloud-based messages like “Surrender Dorothy”
• Secret wish: That somebody would drop a house on those lazy, good-for-nothing flying monkeys