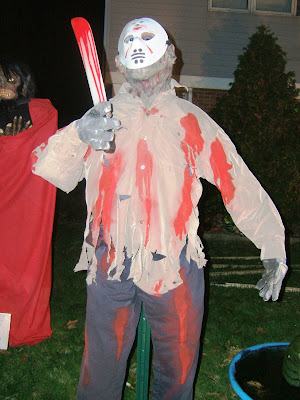 Today may not be Friday the 13th, but any day is a good day to stay far, far away from this denizen of the damned. His official name is Jason Vorhees, but he's better known as your worst nightmare (all apologies to Mr. nightmare himself Freddy Krueger). Jason likes to stake out a spot on our lawn and show off his machete and tattered clothes all October long. He's a hard guy to get to know, but here's what we learned about him: