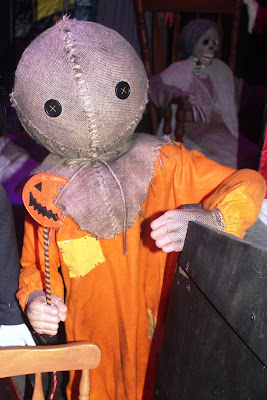 They say big things come in small packages. That's certainly true of Sam, the wee wonder who enjoys suckers (and making suckers out of anyone who breaks the rules of Halloween). A quick look at the confidential file on this little monster reveals some interesting facts: