Midnight Terror Haunted House in Oak Lawn, which opens for its fifth season on September 28, was recently ranked the top “Must-See Haunt” in the entire state of Illinois by TheScareFactor.com, based on votes by fans. Midnight Terror beat out many other well-known Chicagoland-area commercial haunts in earning this honor.

Now in its third straight year at its larger location (5520 W. 111th St.), Midnight Terror Haunted House is riding a wave of increasing popularity, visitor acclaim, and strong word-of-mouth. Visitor counts have increased exponentially every year since the haunt relocated to its current site in 2016. Positive ratings online and via social media have certainly helped, and the site has been ranked in top 10 lists from the Chicago Tribune, Fox News, Haunted House Chicago, Illinois Haunted House and more. Creator/co-owner Justin Cerniuk attributes this success to several factors.

“We don’t rely on big animatronics. We work hard with our actors to give customers the best possible show,” says Cerniuk. “Our actors are given creative freedom versus having to follow a rigid script, which allows them to scare better. Plus, we provide haunt actor training all year long, not just a few days before we open.” 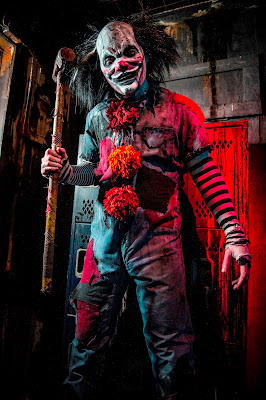 Secondly, he notes that the industry norm is to merely update a few rooms in a haunt during the offseason. “But we’ve spent the past 10 months designing a whole new layout, with all new rooms and every costumed character re-envisioned.”

Additionally, Cerniuk says he runs Midnight Terror as a family, not a corporation. “We build every aspect of the show as a group of friends who share the same passion and vision of the haunt industry,” he adds, noting that he and his managers also don costumes and scare along with the crew, which keeps morale high.

The haunt has earned considerable goodwill in the community, too. Midnight Terror partners with different charities every year and rewards its patrons. New for 2018:
·         For every ticket bought on-site on Sundays, $1 will be donated to the Wounded Warrior Project.
·         Free trick-or-treating for kids 12 and younger (who are accompanied by an adult) on October 31 from 3:30-5:30 p.m.; this annual tradition is appreciated by area families, whose children are given candy and a fun “lights-on” tour of the haunt by actors appearing in friendly mode.

“We pride ourselves on designing a uniquely terrifying and creatively horrific haunted house experience that keeps the crowds coming back for more,” says Cerniuk. He notes that Midnight Terror benefits from more than 60 rooms, over 100 actors, and 26,000-plus square feet. “The Midnight Terror production crew custom make every one of our props and sets. And our state-of-the-art animatronic, CGI, lighting, and sound effects are comparable to those used in a big-budget Hollywood horror movie.” 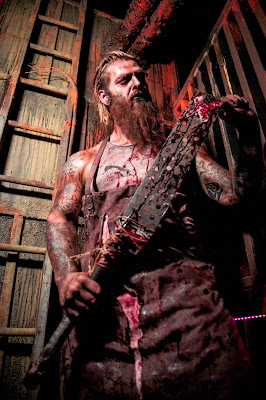